EDITOR'S NOTE: As the summer season comes to a close, we continue to recall more summertime memories. Many residents of the Spring-Ford area will recall the thrill and excitement of attending races at the Sanatoga Speedway. These memories are shared by SFAHS President Emeritus, Bill Brunner.

My first trip to the stockcar races took place during the summer of 1951 when I was six years old. We lived in Wilmer, a small village 2 miles west of Phoenixville. My grandparents and my Uncle Harry and Aunt Rose lived in a house next to ours and my Aunt Mae and Uncle Lou lived on the back street as they called it then. My Uncle John, who was a real character, lived in Phoenixville, spent a lot of time in Wilmer visiting the Brunner’s.

He always had a cigar in his mouth and seemed to be lighting it all the time. His clothes were usually wrinkled, and he was seldom clean shaved but never had a beard. He was very animated and loved excitement, He was always talking about a fire, or an accident, or fight or whatever else had action associated with it. I think this is why he loved the races.

One Saturday afternoon while making the rounds of the Brunner families he stopped in to see us. He mentioned he was going to the stock car races that night and if we wanted to go he would stop back and pick us up. I was excited to go but my parents were not thrill seekers or inclined to do much. I pestered to go along, and my mom said Uncle John does not mean you, but Uncle John said I will be back at six to pick him up. I thought for sure she would say no but for some reason she let me go. My Uncle John showed up at six with my cousin Harry, who is the same age as I am. Off to the races we went in Uncle John’s old Plymouth.

I was super excited as we parked in the field and made our way into the track. We sat on warped wooden seats and the track was dirt and dusty and trucks came out and wet it down. The engines were super loud, and with several racing by it was really loud and dirty. The smell of the alcohol from cars burning straight alcohol for fuel, mixed with the aroma of my Uncle John’s cigar, made a distinct mesmerizing aroma that I will remember to this day. It was good, incredibly good. When I had to use the bathroom, Harry led me down the path to the men’s room, or outhouse would be a better word, where there was a line. I never stood in line before so that was new. It did not prepare me for what was inside. There was a long trough with men lined up and it was a one way in and one way out. It smelled bad and it was not private, and I did not like it. At the end of the line was a plate for people to leave a tip. The next trip I stood in line for a seat, but the booths did not have doors. I am glad I did not need the seat.

I went to the race with 50 cents and at intermission, before the big race, I went to the concession stand. Uncle John had bought fries and sodas for me during the race, and he

gave us big Hershey bars when we got there. I was not hungry so my 50 cents was all to spend and I wasted no time. They sold these plastic stock cars that had rubber wheels with a spring-loaded design, pull the car back and it would go forward. At 25 cents each, and no tax, I got two of them. During the main race, several cars crashed through the back wooden board fence and went down a hill. Some got towed back and some towed to the pits. Uncle John loved it. When a car rolled up on its side he stood up and yelled. Did you see that! He shouted out. I had a great time and could not wait to return. I was going to buy two more cars the next time. I did get to buy more cars as I am a natural born collector. During the next three summers I went to the races many times sometimes with my cousin and sometimes just Uncle John and me. I don’t really remember the last time we went to Sanatoga, but times changed, and things become fond memories of our past.

When I was a young man with a driver’s license and my own car I went to some races at Hatfield as Sanatoga was long gone. My first date with Joyce was to a stock car race and I told her not to get dressed up. I took great joy in taking our kids to the races at Reading Fairgrounds. They were young and enjoyed it and there are some things that are better when you have company. The children grew up and Reading racetrack became a shopping center. There was Grandview that

became the new place to go and I did go some but not with the old passion from before. Tommy Scheetz, a mechanic who worked with me when I was a service manager, had a stock car and I went up to see him race. The last race I attended had a bomb scare called in and they emptied the grandstands and I never went back. I watched the Nascar car races on TV, but times have changed and so have I.

About 10 years ago when out for a ride, we passed by the Lower Pottsgrove Historical Society and I saw one of the old Sanatoga race cars all restored and sitting out on display. I swung right in and grabbed my camera. I was back in Sanatoga again. I talked to some of the old-time fans gathered there and went inside the society to see the big display of race memorabilia. I came home and looked at my photos. They were all digital images and I did not print them out. Two weeks ago, I started looking for those images for a project I was working on. A fellow who is opening a new restaurant with a

50s theme was referred to me and I needed one photo for his collection. I searched with a passion and looked through every file going back to 2000. I gave up and decided to reconstruct Sanatoga Park from the internet. I could no longer produce my photo for the project, but I could bring back some memories to share with my friends. Many of the photos I took from the different websites have been used in this story. I then got a wild idea. I remember collecting about 20 of those plastic 25 cent cars that I saved over the years. I had painted them over several times putting a fresh coat of model paint and numbers of my

favorite drivers. They got used up and survived several rounds of play and paint and one by one they bit the dust. About 20 years ago I was cleaning out the attic and found a shoe box with 8 cars left. After 50 years it was time to throw them out. I held them in my hand and looked at everyone. I pulled out two, ones that were not broke and had no numbers on. I put them to the side and stuffed them into another box. They were not of any value whatsoever and ugly to boot, but I could not part with them. As I sat and recalled my past I thought if I could only find one of them it would make up for the lost photo. I could take a new photo of the 70-year-old toy that survived the test of time. Since my spinal surgery left me unable get around very well and without a stairlift to the attic, that trip would be impossible. I did start my search on the second floor tonight on the chance the box they were in was still on the second floor.

If I could find it, I would be so happy. Ten minutes later I returned on the chairlift with a toy car tucked inside my pants, so I would not drop it. I was so lucky to find it. After supper I took this photo and added it into the story. The spring broke but it is good otherwise. It is 69 years old now.

In the above collection of Sanatoga memories is a picture of Shorty. I remember seeing him many times as he stood out on the highway at the main entrance flagging the cars in with his giant checkered flag. I never knew anything about him and had totally forgot him until I did some research on the speedway. I could not read the narrative at all until I enlarged it and decided to save copy it and put it in here at the end. 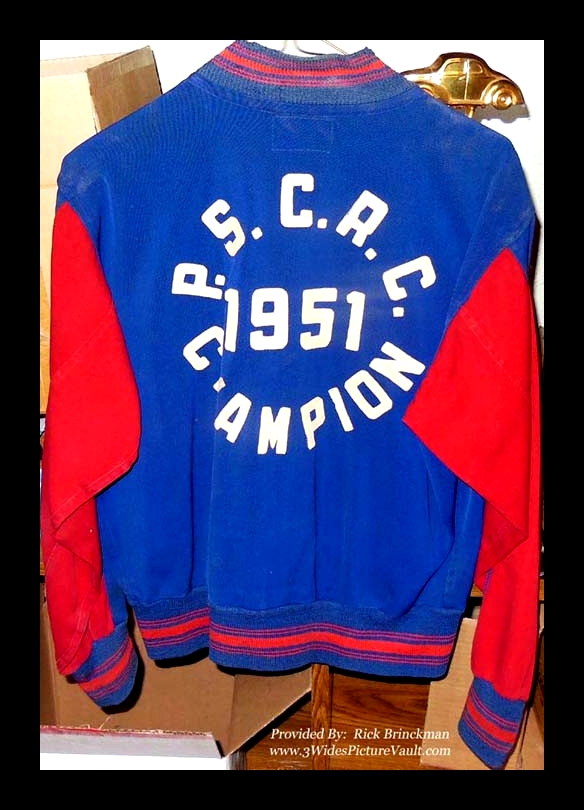 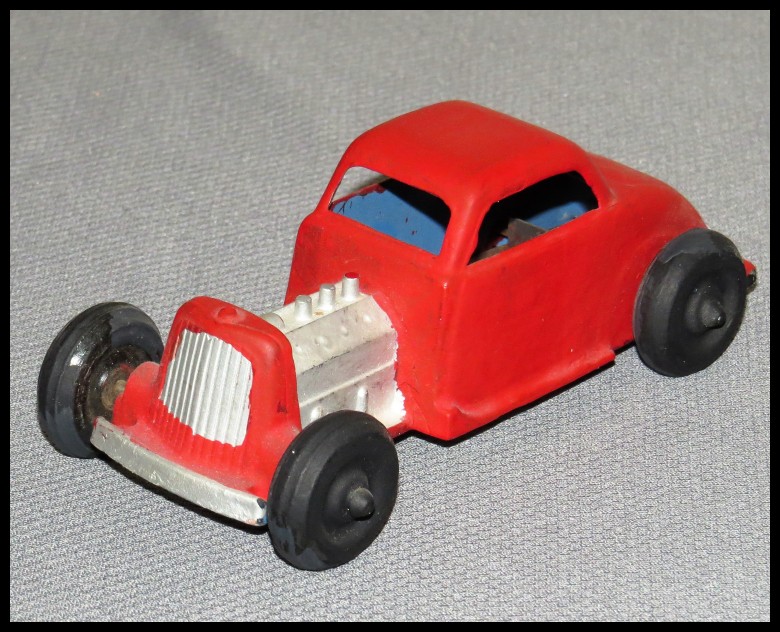 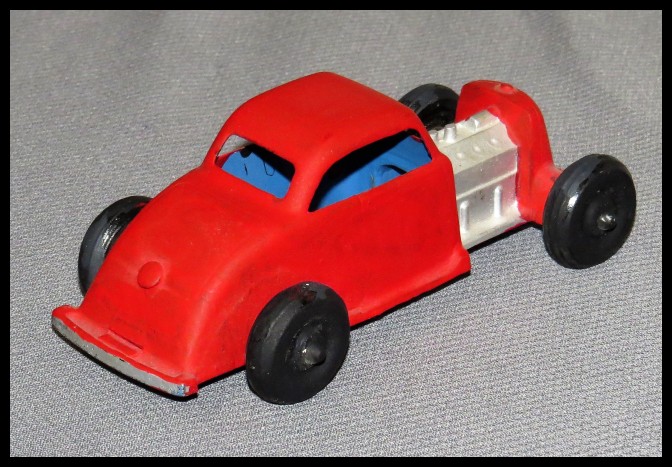 William C. Brunner served on the board of the Spring-Ford Area Historical Society for 30 years, 15 of those years serving as its president. He now serves as President Emeritus and continues to write articles, blog posts, and newsletter inserts for the society. Bill has written three books about Spring City and Royersford, all available at the museum. He loves photography, garden railroading, postcard collecting, and local history. He graduated from Spring-Ford High School in 1962. He and his wife of 57 years, Joyce, live in Spring City. They have a son, Chuck, a daughter, Joyce, three grandchildren, Amber, Willie & Frank, and 5 great grandchildren.

A Look Back at the Sacred Heart Fair

Growing Up in the Time of Polio